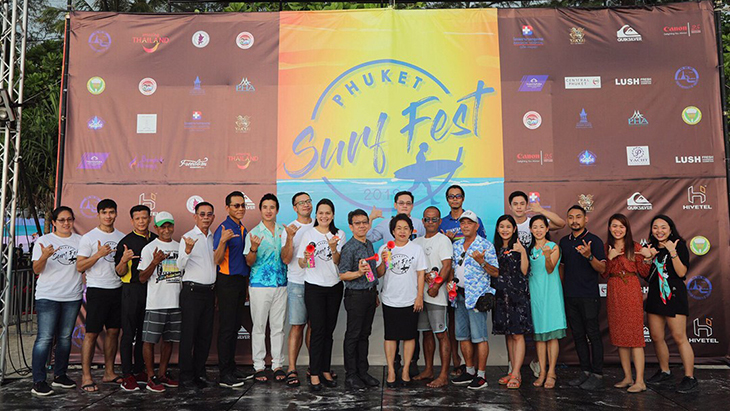 The Tourism Authority of Thailand (TAT) Phuket Office recently organised the “Phuket Surf Fest 2019” to kick off the Phuket Surf Series 2019, scheduled from June to September, and promote tourism during the current Green Season.

The Phuket Surf Fest 2019 event was held under collaboration with Patong Municipality, Surfing Thailand, Phuket Surfing Club, Quiksilver Thailand and the public and private sector partners, from 31 May to 2 June at the Loma Park on Patong Beach.

“We hope that this year’s Phuket Surf Fest 2019 will continue to impress local and international travellers with the possibility to enjoy surfing in Phuket, and encourage them to participate or enjoy the upcoming surfing competitions,” Mrs. Kanokkittika added.