THAI Joins Thailand Together for the ASEAN Chairmanship 2019 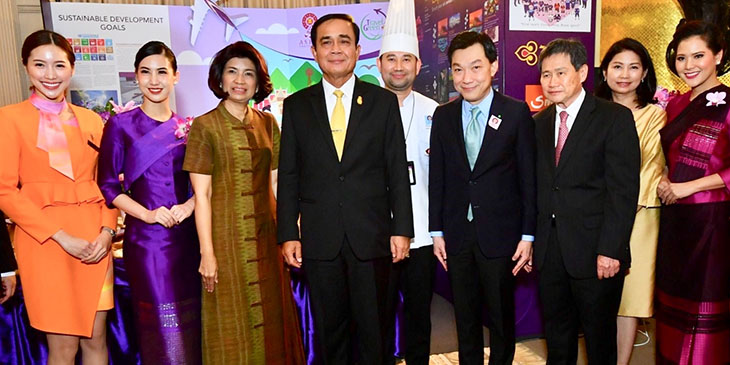 General Prayut Chan-o-Cha, Prime Minister of Thailand, together with H.E. Dato Lim Jock Hoi, Secretary-General of ASEAN, visited the Thai Airways International Public Company Limited (THAI) exhibition booth at the Thailand Together event for the ASEAN Chairmanship 2019. The Prime Minister and the Secretary-General of ASEAN was greeted by Mr. Sumeth Damrongchaitham, THAI President, senior executives from both THAI and THAI Smile airlines at the Santi Maitree Building, Government House.

This event marked the launch of ASEAN Summit 2019 where Thailand will be the host country to be held under the theme „Advancing Partnership for Sustainability”. At the exhibition booth, THAI showcased its inflight carbon footprint menus in support of the company’s „Travel Green” concept to reduce effects of global warming.

« The Seasons Episode 2: The End of the Cliff