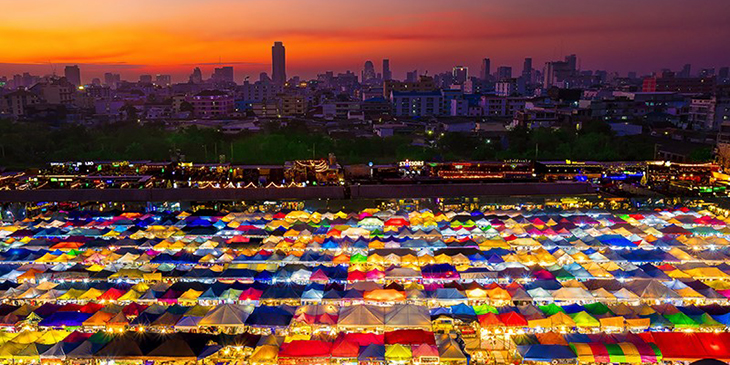 International visitors spent more money in Thailand than in any other Asian country in 2017, according to a UN World Tourism Organisation (UNWTO) report.

The figures are based on surveys tabulated from credit card spending data and the cash receipts in different countries around the world.

The survey also indicated that Thailand has everything for everyone, ranging from luxury villas on private islands to affordable street food, which is why tourists can always find good valuable experiences in Thailand.

UNWTO also predicted that tourism expenditure will increase in the next year, thanks to strong Thai tourism promotion campaigns and growing foreign investment in world-class hotels in Thailand.

The full report can be accessed here.

Moreover, Bangkok ranked number one on the list of the world’s most-visited cities, according to MasterCard’s annual Global Destination Cities Index 2018. It has been ranked #1 for three consecutive years.

The MasterCard index showed that Thailand is also the only country which has three cities ranked on the list of the world’s most-visited cities: Bangkok (1st), Phuket (12th), and Pattaya (18th).

Other strengths which make Thailand such a popular tourism destination include good infrastructure, the perfect combination between business and holiday travel, as well as the unique and charm of the Thai culture.

In addition, Thailand has hosted many global events in recent years and the government has a policy of visa exemptions and improved air connectivity that has also contributed to the positive results as well as the addition of special checkpoints for Chinese tourists.

According to preliminary figures tabulated by the Ministry of Tourism and Sports, Thailand welcomed visitor arrivals of 28,541,887 in January-September 2018, up by 8.71% over the same period of 2017. Estimated visitor expenditure also rose significantly, up 20% to 1.49 trillion Baht.

This is the breakdown of the estimated expenditure by the top ten performing markets during January-September 2018. 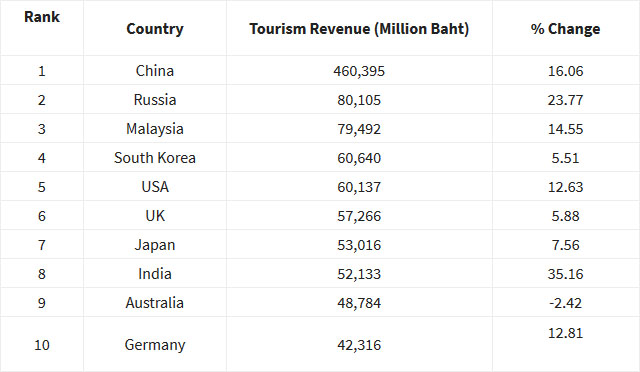 The World Tourism Organisation (UNWTO), a United Nations specialised agency, is the leading international organisation with the decisive and central role in promoting the development of responsible, sustainable and universally accessible tourism. It serves as a global forum for tourism policy issues and a practical source of tourism know-how. Its membership includes 158 countries, 6 territories, 2 permanent observers and over 500 Affiliate Members.

Over 25,000 runners set to return for Amazing Thailand Marathon Bangkok 2019 »